Mr. Powless has taught courses and presented across the country for nearly 20 years about Indigenous culture and value systems. He is the Co-Founder/Co-Owner of Indigenous Concepts Consulting, a firm that he currently runs with his wife, Michelle, to bridge Native American ideals and culture with organizations and individuals all over the world. They are currently working on projects for a multi-dimensional media platform, curriculum development, an Indigenous health & wellness initiative and script development of another Major Motion picture with a major Studio label.

As a Co-Producer for the Major Motion Picture “Crooked Arrows”, Mr. Powless was responsible for Native story line development, cultural sensitivity and procuring financial investments. He co-produced the NY Emmy Nominated “Game of Life; Heart and Soul of the Onondaga” a short documentary about the cultural origins of the game of lacrosse, as well as collaborated with ESPN on multiple film projects.

He is a producer and participant on the film: An Indigenous Response to #MeToo which is free on Vimeo.  He has been screening the film and conducting community dialogues around sexual assault at college campuses and communities who have restorative justice programs. Also, in 2018, one of his PhD papers was published in the book Nasty Women and Bad Hombres: Gender and Race in the 2016 Presidential Election.

Since 2014, Mr. Powless has been the Head Coach for the Netherlands National Lacrosse team that competed in Denver in 2014-2016, and now the Netherlands National Indoor lacrosse team since 2017 and are currently ranked 8th in the world. He was a 3-time All-American lacrosse player which led to his 7-year professional lacrosse career. He played for the Iroquois Nationals in 6 World Lacrosse Championships and made the tournament’s All-World Team in 2002. Mr. Powless has won a total of 5 Professional and National Championships in his career and was inducted into the Nazareth College Sports Hall of Fame in 2009 and the US Lacrosse, CNY Chapter Hall of Fame in 2017.

He formerly served Syracuse University’s Office of Multicultural Affairs and Career Services. Mr. Powless has a Masters in Counseling from Syracuse University and a BS in Psychology from Nazareth College. His current PhD researched is about Indigenous imagery in contemporary Major Motion Pictures. He resides in Upstate New York with his wife, Michelle Schenandoah-Powless and their 4 children. 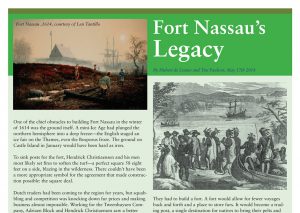